On the 5th of September his fourth child, Elisa, is born. He is a Spanish and French Filologist and a Secondary School Professor. She is nowadays the President of the Fondation Miguel Delibes.

In December, Delibes publishes his third novel “El Camino” (“The Path”) with which he achieves his literary recognition.

Miguel Delibes is named Secretary of the Business School of Valladolid and Assistant Director for El Norte de Castilla. Here start his confrontations with the Press authorities.
In July he publishes his fourth novel “Mi idolatrado hijo Sisí” dedicated to his seven siblings.

It is born his first collection of tales “La partida” and he publishes a short novel “Los raíles” in the collection “La novela del sábado”.

Miguel Delibes wins the National Literature Award (Premio Nacional de Literatura) with his fith novel “ Diario de un cazador” ( “Diary of a Hunter” ) which he started in the beginning of 1954 and published in March 1955.

The Journalist Circle of Santiago de Chile invites Miguel Delibes to visit their country. The resul of this visit to Chile will be a travelling book “Un novelista descubre América (Chile en lo ajeno)”- published in 1956- and the novel “Diario de un emigrante” published in 1958.

In August the 5thAdolfo Delibes, father of the novelist, dies at the age of 81. 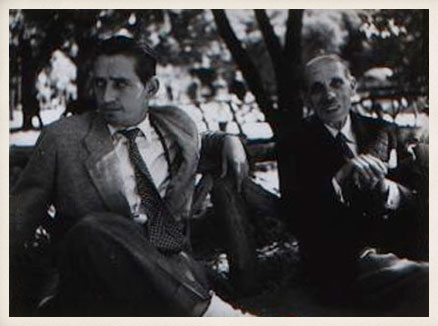 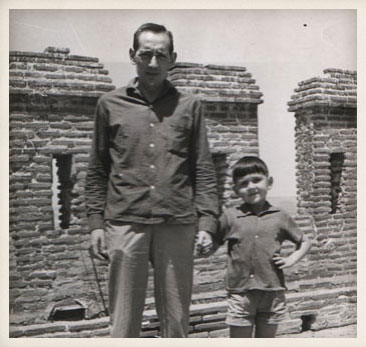 Miguel Delibes travels around Italy and he visits several cities.

In this same year Miguel Delibes´ work starts to be translated to other languages. The first of these translations will be of the novel “El camino” (“The Path”) into Portuguese.

In April his sith novel sees the light, “Diario de un emigrante“, dedicated to his wife: “To Ángeles de Castro de Delibes, the balance, my balance”. This novel is the continuation of “Diario de un cazador” (“Diary of a Hunter”) and it has Lorenzo as its main character again. 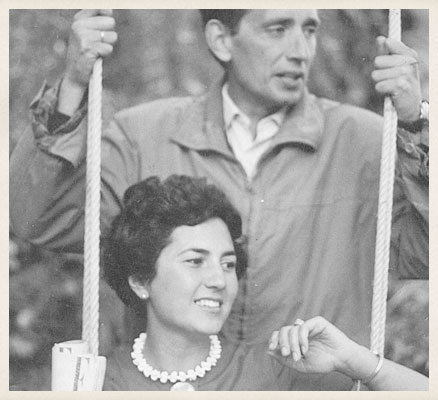 It is translated into French the novel “Mi idolatrado hijo Sisí”. From this date the work of Miguel Delibes will be translated to the most important languages of the world and some of his novels will be even translated to some minor languages too.

In May he will publish his seventh novel “La hoja roja” (“The red paper”), written thanks to a Grant of theMarch Foundation.

Miguel Delibes travels to Paris to take part in the Congress for the Freedom of Culture.