The seventh National congress of bookmakers held in June in Valladolid, pays tribute to Miguel Delibes. 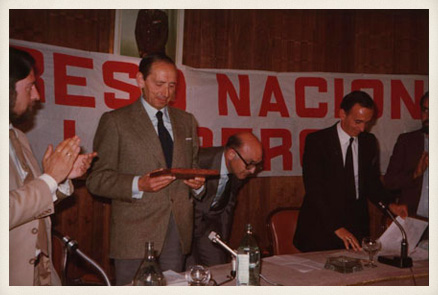 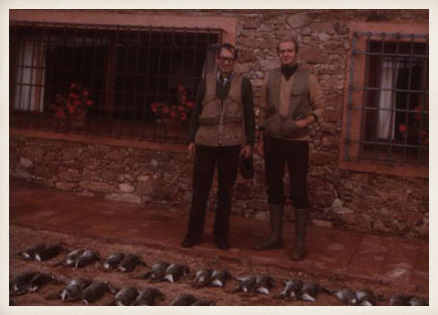 Miguel Delibes publishes his fourteenth novel “Los santos inocentes” (“The innocent saints”). Set in the region of Extremadura during the seventies, this novel means one peak in his literary production.

In January it is edited his seventh hunting book “Las perdices del domingo” ” (“Sunday partridges”). According to Delibes, this is a “Precise diary where I patiently give record along four years- from 1974 to 1978- of my unspeakable Sunday adventures”.

In May appears the edition of the theater version of “Cinco horas con Mario” (“Five hours with Mario”) with an introductory study of Gonzalo Sobejano.

This same year ther is a re-edition of “Europa: parada y fonda“, with an introductory study of Ramón García Domínguez and “Mi mundo y el mundo“, (“My world and the world”) anthology published by the publishing house Miñón contained in the children literature collection “Las Campanas”. (“The Bells”).

On the 21st of April Miguel Delibes is awarded with the Premio Príncipe de Asturias de las Letras, which he saheres with Gonzalo Torrente Ballester. 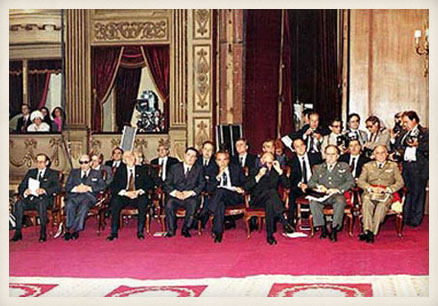 He writes a book for children “Tres pájaros de cuenta“, dedicated to his grandchildren “who since they were born they payed interest to the birds”.

In October his sixth book of travelling chronicles sees the light. “Dos viajes en automóvil. Suecia y Países Bajos“, and in November a group of press articles are published under the title “El otro fútbol“, (“The other football”), which they tell about this sport. 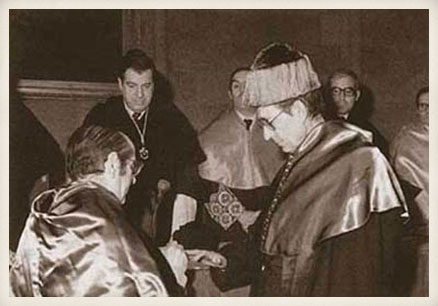 On the 28th of January he is named Doctor honoris causa at he University of Valladolid. 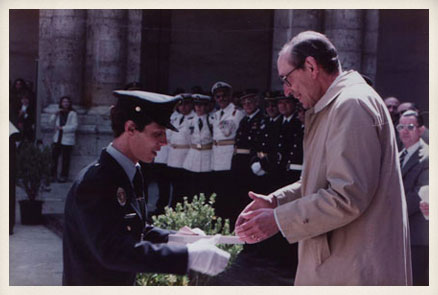 La Junta de Castilla y León awards Delibes with Premio de las Letras (in its first edition) naming him the most distinguished and characteristic writer of our sphere.

. The bookmakers name Miguel Delibes “author of the year” and award him with the Golden book. 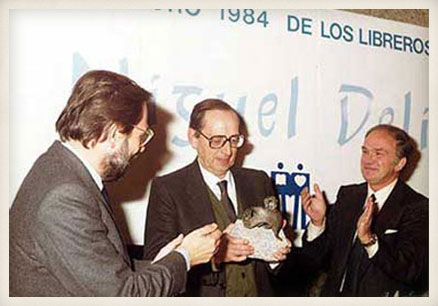 Delibes receives the Golden Book of the Spanish booksellers from the then Minister of Culture, Javier Solana.

The witer obtains the award Vida Sana given by the association of the same name which develops and encourages the biological culture.

The director Mario Camus adapts for the cinema the novel “Los santos inocentes” (“The innocent saints”), whose main characters will be Alfredo Landa and Francisco Rabal who in the same way obtain the award to best actors at Cannes Festival.

“Trilogía del campo” (“The fields trilogy”) is presented in Barcelona this is formed by “ThePath”, “The Rats” and “The innocent saints”, qThis trilogy is published on a special edition with illustratios of Val Zanetti. 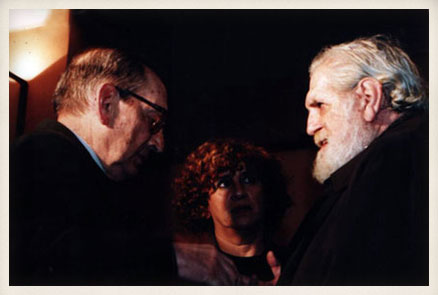 In May Delibes participates as the only Spanish writer in a congress for novelist, critics and editors having as its main topic “the best-seller” held in Alba, a region of the Italian Piamonte.

On the 7th of June Miguel Delibesis awarded with Premio de las Letras de Castilla y León correspondant to the year 1984 at the chapel of the School San Gregorio in Valladolid.

On the 6th of Decmber, and by the Presiden of France Jack Lang, Delibes is named Chevalier de lórdre des Arts et des Lettres.

The writer travels to Yugoslavia.

On the 6th of September Delibes is named Hijo Predilecto of the city of Vlladolidand a tribute is paid to him for this reason.

The Premiere of the theater play adaptation of “La hoja roja” (“The red paper”) takes place at the Theater Calderón of Valladolid, under the direction of Manuel Collado. This will be the second novel of Miguel Delibes that will be adapted to a theater play.

In October Delibes publishes “Castilla habla“ (“Castilla speaks”) making clear his interest in this region and its people. This book is a living portrait of the reality of the peple of Castilla, the modest inhabitants of its villages.

In this sam yaer appears “Trilogía de la ciudad” (“The city trilogy”) formed by the novels “The red paper”, “My idolized son Sisí” and “The deposed prince”, which is published in a special edition by Círculo de Lectores, publishing house.

Antonio Giménez-Rico directs “El disputado voto del señor Cayo” as a film that obtains the “Espiga de Plata” at the International week of the Cinema in Valladlid (SEMINCI).

In February it is published the theater version of “The red paper” with a presentation of Delibes himself which is entitled Historia de esta historia (History of this story) and with a preface of Pere Gimferrer. 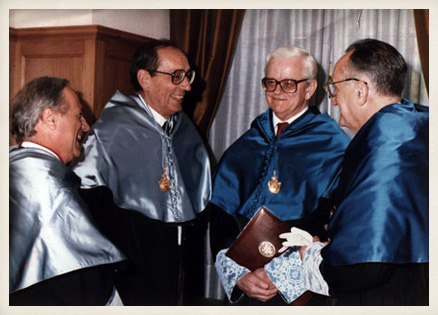 On June 26, Delibes is awarded an honorary doctorate by the Complutense University of Madrid.

Miguel Delibes publishes in October his seventeenth novel “377A, madera de héroe” which is a rather autobiographic novel.

Afterwards and by the will of the author this title is reduced to “Madera de héroe“.

In this same year Antonio Mercero makes ana adaptation to the cinema of “El tesoro” which had a not very successful Premier at the Semana Internacional de Cine of Valladolid (SEMINCI).

At the 2nd Salón del Libro of Bordeaux, Miguel Delibes is awarded with Premio “Air Inter”  to the best foreign novel published in France in 1987 “Cinq heures avec Mario”.

In February the book “El libro de caza menor” is re-edited but this time without the first and last chronicles that appeared in the first edition of 1964 and that afterwards were published in a reduced volume called “Dos días de caza”.

On the 7th of February there is the Premiere of the adaptation of the novel for a play “Las guerras de nuestros antepasados” at the Theater Teatro de Bellas Artes of Madrid. This is the third novel of Miguel Delibes adapted to a play this time by Antonio Giménez-Rico.