In December his third book about hunting topics is edited, “Con la escopeta al hombro“, it is a collection of twentifive chronicles bout hunting during the season between 69´s and the 70´s. This chronicles were previously publish on the press.

In this same year “La mortaja“, sees the light with a preface of Miguel Ángel Pastor. The tale that provides the title to this book had already been published in 1957 as part of “Siestas con viento sur“.

Another selection of works of Delibes called “Mi mundo y el mundo“, ” is published, this selection of texts is aimed for children aged 11 to 14.

In July the fourth volume of of “The complete works” of Miguel Delibes is edited with the books: “Por esos mundos: Sudamérica con escala en Canarias“, “Europa: parada y fonda“, “USA y yo” and “La primavera de Praga“. In the Preface the author explains his “personal procedure to walk around the world” and his travelling philosophy. 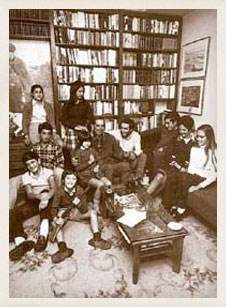 Miguel Delibes surrounded by his family on his 50th birthday. Valladolid, 1970

In February is also published the diary “Un año de mi vida“, ” (“A year in my life”) which extends from the 22nd of June of 1970 to the 20th of June of 1971. This edition had already been published on the magazine Destino with the title “Notas” (“Notes”).

The 1st of February Miguel Delibes is named a member of the Real Academia Española to occupy the sit with the letter “e” (lower case) which was vacant due to the pass away of the historian Julio Guillen.

On the 7th of December the writer is also named a member of the Hispanic Society of America.

In this same month the eleventh novel of the author is published “El príncipe destronado“. The handscript of this novel dated of the beginning of 15th of March of 1964 and the ending date was 21st of April of the same year, despite this the novel was not published until 1973.

On the 22nd of November the author´s wife, Ángeles, dies at the age of 50. Her absence will determine from now and on le life of Delibes.

Jose Antonio Páramo makes an adaptation for TV (TVE) of the tale “La mortaja”, which was very successfully presented at Montecarlo´s Festival. In Spain will not be broadcasted until1993 due to the censorship.

With the title of “ the meaning of progress from my work´s point of view”, Miguel Delibes pronounces on the 25th of May his discourse to his designation as a member of the Real Academia Española (RAE), he was counterparted by the philosopher Julián Marías. 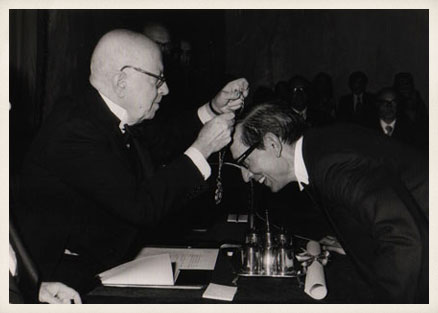 The academic Dámaso Alonso imposes the medal of academic of the Language to Miguel Delibes. 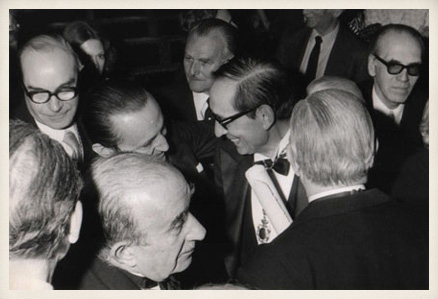 In January the writer publishes his twelveth novel, “Las guerras de nuestros antepasados“, (“Wars of our ancestors”) and “Un año de mi vida” (“A year of my life”). In a breve preface the writer aclares that “the only thing in common between these two pieces is that they have been published in newspapers”

In January another title based on hunting issues sees the light “Aventuras, venturas y desventuras de un cazador a rabo“. It is a hunting diary which contains three hunting seasons from 1971 to 1974.

In December it is published “Mis amigas las truchas“, with the subtitle “Del block de notas de un pescador de ribera”, this could be considered his first and last fishing book.

Josefina Molina make a series for TV of five chapters about the novel “El camino” (“The Path”) which receives and award at Prague´s Festival.

On the 26th of November takes the Premier of and adaptation of“Cinco horas con Mario” (“Five hours with Mario”) in the Marquina Theater of Madrid directed by Josefina Molina and starred by Lola Herrera. The play is represented all over Spain achieving great success and extraordinary reviews,for this reason the play will be revived over again along several years and again starred by Lola Herrera and more recently by Natalia Millán.

“Castilla, lo castellano y los castellanos“, is published. This is a compilation of selected narrative texts commented by Delibes himself. 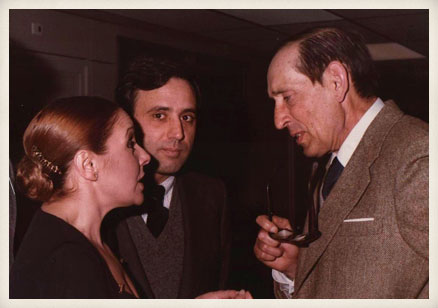 “El mundo en la agonía“ (“The world in agony”) is published, this is a book illustrated by José Ramón Sánchez and it is a division of eleven chapters of the entry discourse in the RAE. Nine years after, in 1988, this same text will be published with pictures and illustrations by the Suiss designer Celestino Piatti.